Teach them how to fish… – Hope Alive Initiatives 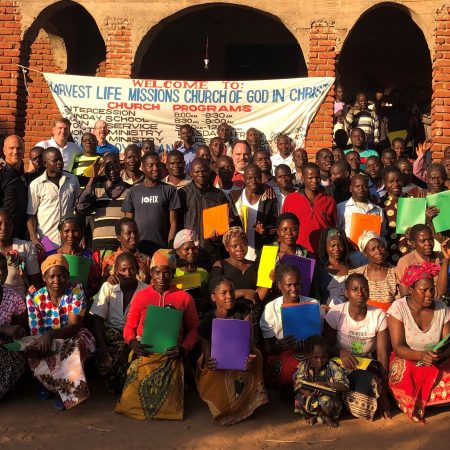 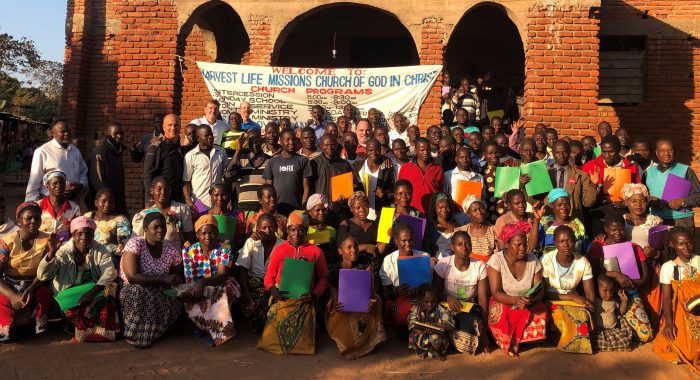 Through Further Still Ministries, Southeast Christian Church, and Hope Alive Initiatives, Kurt and I had a great DC ministry trip to Malawi in mid-July 2019. This was our fourth trip to Africa—after Ghana in 2015 and 2016, and Burkina Faso in 2018, (If you send me a message and I input your email address, you’ll be able to access the photos I chose to put together in an album here.)

The most interesting “cultural” problem/discussion was in Genesis 3 where many had heard teaching (probably from Branhamites!) that the “fruit” eaten by Eve was sex with the serpent. Although there’s certainly an application to sexual temptation from that narrative, it’s incoherent as an interpretation for many reasons. Again, this takes us back to troubles with interpretation vs. application.
More broadly, the tribal-cultural influences seemed to be much less of a factor. (Maybe this is a side benefit of a more-heavily “Christian country”.) And the Muslim influence was far more limited in Malawi. There was a prominent mosque downtown and it used loudspeakers to do regular prayers. (One morning was incredibly loud, from miles away. I’m guessing the neighbors complained!)
As before (and often in the American church), we saw trouble with providing definitions to common “spiritual” terms. Sometimes, this works well enough: we “know” what unity and stewardship mean and can operate without formal definitions. Other times, the lack of definition leads to a lack of specificity—and sloppy thinking which leads to various errors. So, we worked on that as well—working to define particular terms and the importance of understanding the terms one is using.
The biggest problem we encountered was the limited skill in reading, using, and applying the Bible. When we would read a passage, the norm was to provide generic answers—sometimes related; sometimes not—to the passage itself. Drawing specific observations or inferences from the text was akin to pulling teeth, especially early-on. But it got much better as the week continued. All we could figure was that this skill had not been developed because of lower literacy, fewer Bibles, and an emphasis on preaching.
Aside from the training
Before the training, we “recovered” on Sunday afternoon/evening (sleep going there was very difficult on the plane, given the time changes—and our time in airports and daylight when we would have normally slept). On Monday, we 1.) visited two schools Ronald was overseeing: a rural, three-room school with 250 kids, where the government could not build (near Dowa) and a grades 1-5 school he’s building in the city (near the church which is near Ngwenya Hill); 2.) had pizza (salami that was advertised as pepperoni and another that included corn); 3.) went to the market we bargained and picked up souvenirs for the fam. For example, I got a nativity set and a trivet made from fabric and bottle caps for Tonia.
The rural school was about an hour away from the city—and a moving, memorable and impressive experience/story. It began through Ronald’s connection with the relative of a church member. They talked to five local tribal leaders who agreed to provide land for a church and a school. He built the church and then the school. It’s operating for free now, but getting ready to transition to modest payments that will support the two teachers. In a word, it’s a rough start that will grow, but the private sector is providing something valuable that the government cannot do, with its limited resources.
For the school he’s building in town, we got to see Ronald’s entrepreneurial skills in finding the capital (buying and selling land) and organizing the construction and operations of the school to make money and provide a valuable service. Ronald is adept theologically and a very effective preacher. But it was interesting that he had gotten better-trained pastors to work with/under him—a testament to their humility and his skills, vision, work ethic, passion, and enthusiasm.
At the rural school, the kids poured out to greet us excitedly. When we left, they sang Kum-ba-ya and “we will never forget you”. On the latter, I think they had it backwards: we will never forget them!
After the training on Saturday, we went to Ronald’s house for dinner. We had met his wife Zion at lunch. And we had worked with oldest son Paul a bunch (as our primary driver) and got to talk with second-oldest Evans quite a bit. But we got to meet most of the rest of his family (two daughters were out of the country to do training) and enjoyed a lovely meal (with Fanta and fruit for dessert).